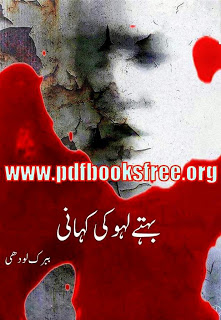 Behte Lahoo Ki Khani book written by Babrak Lodhi is the blood flow story of Afghan war and provides a comprehensive review on Afghan war in Urdu language. Mr. Babrak Lodhi was born in a January 1947 in a middle class famil of Kabul. He acquired his early education from Shah e Doshamshira school of Kabul and later, he went ot Pakistan for higher education. After completing qualification in 1965 he return to Kabul and worked in Kabul library for a short time. In 971 he was appointed as a reporter with in the daily Kabul Tim’s newspaper and later on he became managing editor in the same newspaper. Then he published ” U.N Afghan Focus” a quarterly magazine from Kabul with the help of United Nation development department. Babrak Loghi is a prominent journalist of Afghanistan and very familiar to the Afghan people.
As a journalist, Babrak Lodh has closely studied all the events happenings in Afghanistan, therefore he has clearly mentioned the reality about the tragedy of Afghan Russia war. His present book ” Behtay Lahoo Ki Kahani” described his feelings, emotions and essence of analysis about the Soviet Union war on Afghanistan in which he tried to aware the reader very efficiently in terms of the events.
You can read online and also free download Behtay Lahu ki Kahani book in pdf format by visiting the below mentioned link.