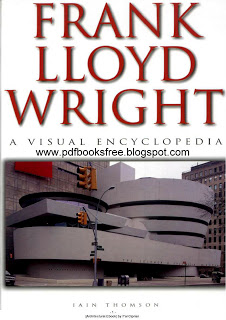 Frank Lloyd Wright is regarded as one of the greatest architects of the 20th century. With a life span that extended nearly hundred years, he was certainly one of the most long-lived! Over his lifetime he witnessed an age of great change as the world moved into the machine age and a period in which a new architecture would display a greater creativity nor contribute more to this development that Wright. He legacy to the field of architecture in general, and American architecture in particular, comes in many forms, his innovative use of materials, his rejection of rooms as defined boxes of walled in space and his great commissions such as the Price Tower or Guggenheim Museum. Wright was one of the first American architects to provide an alternative to the ideas prevailing at the end of the 19th  and the beginning of the 20th centuries, those of Art Nouveau, and styles such as Queen Anne or Tudor.
His ideas of “Organic architecture” which were influenced greatly by his friend and Lieber Meister Louis Sullivan, evolved over his lifetime. His essay “In the Cause of Architecture” defined the following principles:
SIMPLICITY:  Everything that was unnecessary, including interior walls, should be eliminated. There should be as few rooms as possible.
MULTIPLE STYLES:  There should be less lip service paid to the styles of the times and more concern about the requirements of the individual.
PAGES 8/9:  The Ennis house which demonstrate, how effective the textile block technique is. Wright supervised the construction himself to ensure that the pattern of the blocks was correct.
The architect used decomposed granite taken from the site of the construction to color these blocks and blend the house with its surroundings.
Click on the link mentioned below to download this book in Pdf format to read offline.
Download link