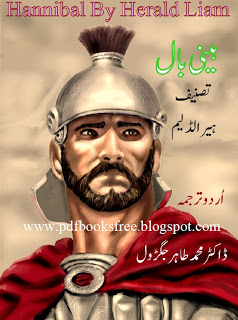 Advertisement
Hannibal Barca was a famous military General of Carthage in the 2nd Punic War which was fought against Rome. After this war Rome was considered him as great enemy of Rome. His father Hamilcar Barca how was fought the 1st Punic War in 241 B.C, in which he was defeated. Hamilcar developed a base for Carthage in southern Spain, which helps explain the geography and transalpine adventure of the Second Punic War. After the death of his father, his son-in-law Hasdrubel was considered the leader, but when Hasdrubel died in 221, then the elders of Carthage were appoints Hannibal as a general of the Military Forces of Carthage in Spain.
This book is a authentic history of Hannibal which was written by Herald Liam and translated in to Urdu by Muhammad Tahir Jagrol.

4 thoughts on “Hannibal By Herald Liam in Urdu”