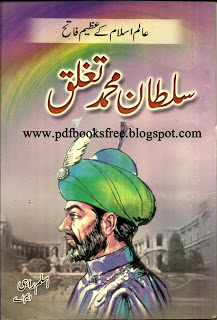 Muhammad bin Tughluq popularly known as Sultan Muhammad Tughluq, was born in Kotla Tolay Khan in Multan in a famous family of Tughluq. He was the eldest son of Ghayas-ud-din Tughlaq the Turkic Sultan of Delhi. He had obtained the best education available at that time. From very young age he made an impression on Sultan Alauddin Khelji, who grants him the title of Akhur Baig in his court.
Young Muhammad Tughluq supported his father during his campaign against Nawab Khusraw and when his father became Sultan, he helped him in administrative affairs of the government. He became the Sultan in February 1325 after the accidental death of his father.
There is no doubt that Sultan Muhammad Tughluq was the most educated of all Muslim rulers who ruled over India. He had complete command and could comprehend, speak and write over different languages Persian, Arabic, Turkish including Sanskrit. He was an authority on the subjects in Mathematics Philosophy, Logic and astronomy. He also had a good knowledge of health and physical sciences. He opened a number of hospitals in Delhi, where the patients were thoroughly looked after.
Muhammad Tughluq was a deeply religious man and had learnt the Holy Quran by heart. He used to quote verses of the Quran during his conversations. He was a practical Muslim who never missed his prayers and fasted regularly. During his regime, those who missed their prayers were severely punished. Besides being a pious man, he was also a just ruler. He was usually known as Daniel and even-mined King. Tughluq died in 1351 on his way to Tatta, Sindh in order to interrupt a war between the different Khans of the Sumro tribe.
This book is a comprehensive and pure historical biography of Sultan Muhammad Tughluq in Urdu language. Download in pdf format to read offline.